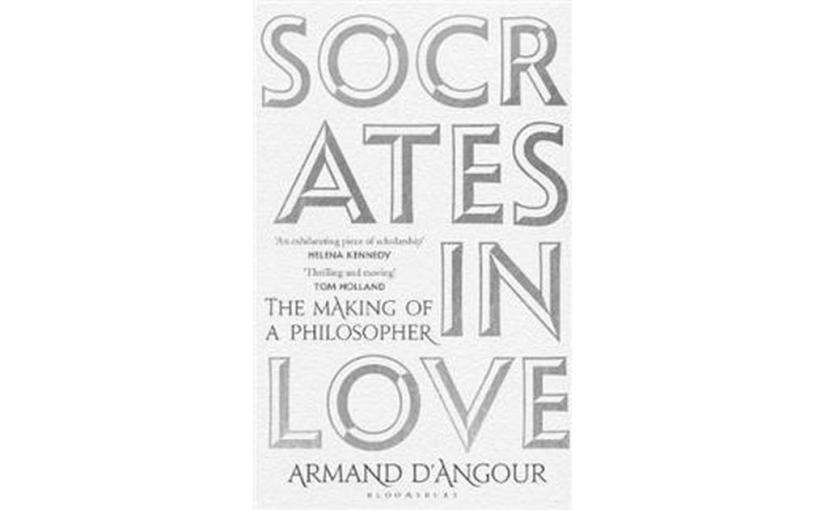 When it comes to philosophers, it’s arguable that few set the bar higher than Socrates. His habit of questioning and relentless desire to root out the truth of human nature won him friends, enemies, detractors, admirers and apostles.

Thousands of years later Socrates is still held up as an exemplar of what true philosophy is and that has made his story open to countless interpretations. It’s through the lens of Plato and Xenophon that we’ve come to know Socrates’ story as the man he was in later life.

Yet little has been recorded of a young Socrates and author Armand D’Angour sets out to change that in his epic Socrates In Love: The Making Of A Philosopher. This revisionist biography paints the picture of a man who was more than just a philosopher. We see Socrates as a warrior, son, mentor, wrestler, dancer and lover.

The popular image of Socrates is of an ugly man with a squat figure, thickset eyebrows and crab-like eyes that made him stand out in ancient Greece. From the first page of the book, D’Angour makes it his mission to smash the facade of the ageing Socrates and replaces it with the inquisitive, athletic son of a stone worker who valued standing by his fellow man in battle.

Socrates is presented as a fierce, taciturn warrior who protected his young charge Alcibiades during the battle at Potidaea.

“The rescue of the young Alcibiades during the battle at Potidaea is the earliest moment at which Socrates is introduced by Plato, with vivid physicality, onto the stage of history. The philosopher was in his late thirties. He was already a tough and seasoned soldier when he participated, together with his companion-in-arms the young Alcibiades, who was undertaking his first spell of duty on the battlefield, in the campaign initiated by Athens’ leader Pericles to pacify the rebellious city of Potidaea in northern Greece.”

D’Angour explores the relationship between Socrates and Alcibiades at length, highlighting the complexity of their dynamic that may have been overlooked by other historians.

Another key part of Socrates In Love is the analysis of his love life and an influential figure in the philosopher’s life was Aspasia, the wife of Pericles. D’Angour poses the theory that Socrates and Aspasia were romantically connected before she married Pericles and that Socrates’ philosophy was even inspired partly by her.

In certain sources, Aspasia has been criticised as being little more than a high-class courtesan. However, her story is much deeper than that and D’Angour reframes her relationship with Socrates in incredible detail:

“Might Socrates have fallen in love with the extraordinary Aspasia, only to know that his love could never be fulfilled? There would have been obstacles in the way of a liaison, including Socrates’ own concern about his inner voices, his proneness to cataleptic seizures, and his inclination to pursue a path in life that might make him less than suitable to become the husband of a clever and ambitious young woman.

If Socrates had ever thought of Aspasia as a potential lover and partner, the possibility would have been foreclosed once Athen’s most powerful man had set his heart upon her. Perhaps in seeking to assuage Socrates’ disappointment, the eloquent Aspasia urged him to ask himself what true love really means, and then proposed something like the doctrine allegedly imparted by Diotima in Plato’s Symposium to Socrates in his younger days: that physical desire is only the starting point for true love, and that particular personal concerns should ultimately yield to higher goals.”

Changing how we see Socrates

Witty, informative and thought-provoking, Socrates In Love is a wonderful text for reimagining the life of one of history’s greatest thinkers. It also changes the narrative for many of the people closest to Socrates, including Pericles, Alcibiades and Aspasia.
Whether you’re a history or philosophy enthusiast, you’ll want to pick up a copy of Socrates In Love.

7 thoughts on “Socrates In Love Review: A Wonderful Reframing Of The Life Of One Of History’s Greatest Philosophers”